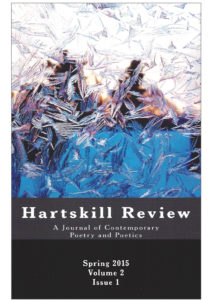 James Ott is Missing
says the sign I walk past
for over a week.

according to the sign James Ott was
last scene leaving a bar called
Mumbles around 2 a.m.

Lots of people say being out
after midnight leads to nothing
but trouble! But what if James Ott

What if James Ott flew in from Greece? Then
it was only 7 p.m. to him and he was probably seeking
dinner instead of trouble

Kaden used to microwave mozzarella sticks for dinner
that was when he was 9, 10, 11, and 12 though
back when he lived with us. Back when he spoke to us

Now Kaden’s 20 and somewhere in Portland
some people know where he is, and how he is
but we are not among them.

I have no idea who is caring for James Ott’s dog
while he’s missing, but I’ve begun to wonder
if James Ott is in fact still missing

after enclosing the paper in airtight
plastic so rain cannot cause harm,
hasn’t bothered to take the sign down