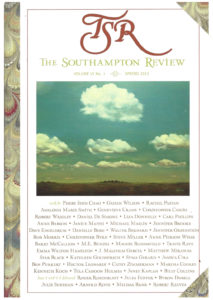 It has been six years since I officially said goodbye to #2486. (I.D. number changed here to protect his anonymity.) We never had kids together, although I had always planned to. I can still remember what his voice sounds like. I still think of him when his alma mater qualifies for a championship of some sort. I am still a vegetarian, and wonder if he kept up his food choices as well. And not daily, but definitely more than a couple of times a year, I wonder about the woman–or women–who did end up becoming the mother of his children.

#2486 was my sperm donor. I purchased his sperm 11 years ago, and lived with it, on and off, for four years. When I let him go, (or more specifically, told the cryobank that I was selling them back his 18 unused vials of sperm), they asked if I would be considering a different donor. In other words, should they keep my account open?) I told them no, that #2486 was really the guy for me, and if I wasn’t going to mate with him, I didn’t want anyone else.

I had already given birth to my son, four years before I ever went looking for someone like #2486. My son didn’t have a donor. He had a father–a father to whom I had been married, and then, when my son was a little over a year old, a father from whom I had become divorced. My son has know his father on scheduled weekend and some vacations. He has had to travel two hours every time he has gone to see him. He has never been able to call his father last minute and have him attend one of his baseball or soccer games. He has never had his father pick him up from school or drop him at a music lesson. And yet, he has had a father. A father he has always been able to name, and reference, and pick up the phone and speak to. My next child, the one I was going to have with #2486, would never have that, and I worried that the disparity between my two kids’ paternal situations would have been too much of a burden on both of them. I think I worried about this a lot. I think this must have been one of the concerns inflating in my mind when I cancelled the first doctor’s appointment to have #2486’s sperm inserted into me. I think it was probably a deciding factor when I kept postponing rescheduling that appointment.

But there were other things that got in between #2486 and me. For instance, while I purchased all of #2486’s available sperm, it was unlikely that I would have used it all. Once I got pregnant, I was supposed to sell #2486’s unused sperm vials back to the cryobank. My Internet research, based on my age and fertility and a couple of other factors, offered that it would likely take between one and three attempted inseminations for me to get pregnant with #2486. But that meant there were potentially 15 or more genetic siblings my child could have down the road courtesy of other women who got their hands on #2486 when I was done with him. Would this future progeny of mine forever encounter identical DNA out in the world and be a perennial victim of odd genetic circumstance? Would my second child sit next to her brother on an airplane and not know it? Would she be drawn to someone special at college, falling in love over misunderstanding of so much in common, and teeter toward unwitting incest? Even if I did the think the cryobank clearly explained I wasn’t supposed to do, destroy the rest of #2486’s vials after I had become pregnant by him, there were still the children #2486 might choose to have using more conventional methods. These would be the children with whom he’d play tag and Frisbee and who #2486 would hoist high on his shoulders. There would be children for whom #2486 might make pancakes every Saturday. They would all be the half-siblings of my child, the ones who got to know the father my child never would.

And there were other problems between #2486 and me. While the cryobank process gave me enough physical specifics to draw a tight mental picture of him, I couldn’t tell if he shaved on weekends, wore boxers or briefs, danced preppy or punk. While I knew he liked music, I didn’t know his favorite band, or if he knew all the words to the national anthem. While I knew he believed in God, I didn’t know if he believed in the death penalty, transubstantiation, or UFOs. It was in between too much and not enough information, and that felt uncomfortably intangible.

What was it that I truly wanted from #2486? More than I had really purchased on my American Express Gold Card and stored indefinitely at sub-100 degree temperatures in galvanized steel tanks somewhere in Northern California? Did I want to a living embodiment of the genetic material for which I had long browsed? Did I want to have #2486 meet me for brunch on the Upper West Side, so I could stare into his blue eyes and run fingers through his wavy brown hair? Did I want to ask him to recite some of the poetry I knew he loved, so I could hear his sincere voice emphasize which phrases most move him? No, I did not. I wanted a child, not a man–which was why I was searching the Internet, not my local watering hole. But still, I had chosen him from literally hundreds of guys, carefully combing through the cryobank donor website as I trolled away two weeks’ worth of late nights into early mornings.

Initially, it was easy getting to know #2486. I had total information about his education, and IQ and SAT scores, which got him there. I had height, weight, hair and eye color. And I had a voice sample: #2486’s actual voice explaining why he wanted to be a donor. (He referenced a very sweet childhood and a nurturing strong bond with his mother, and how he wanted to allow for more of those possibilities in the world if he could.) The first time I pressed “play” on his voice sample, it was after midnight and I was drinking a beer in my home office. Through the open door I could watch the fire flaming in the living room fireplace and hear my young son’s sturdy rhythmic breathing as he slept soundly in the next room. #2486’s voice sample did not shatter the perfect balance of the moment, but rather folded in quietly–and that’s maybe when I made my decision to choose him. But of course not every relationship ends as simply as it begins.

Aside from my reservations about having a child through a donor, I had all the usual concerns about having another child–would I have enough time and money to be the kind of parent to two that I was able to be to one? A few years after I had committed to #2486 but still had not moved forward with actually having this child, I met a woman who had four kids under the age of 12. We fell in love and we married. Marrying Beatrice and blending our families was a radically more complicated choice than life with one more kid courtesy of  #2486 would have been. But it was the choice I wanted–the choice about which I didn’t vacillate or even slightly hesitate the way I always had with #2486.

And yet while I knew there was really no place in our crazy overflowing house and life for another pregnancy and another child, I somehow held onto #2486 by not stopping the $300 a year automatic pay from my credit card to the cryobank that housed his sperm. It wasn’t a secret I was keeping the way some people hang onto old lovers through undisclosed email. It was more a combination of unfinished fantasy and unfinished business. I even wondered at one point if my female partner would have any interest in carrying a child courtesy of #2486. So one quiet night after the kids were in bed and we were watching the fire in the fireplace, I broached the subject. She said that she was pretty much done with being pregnant, and that, anyway, #2486 probably wasn’t her type. Of course she was right on both counts. So, when the next renewal came up for his storage, I discontinued my hold on #2486, and his future offspring. I released his sperm into the universe…millions of friendly flagellates freely swimming off with great energy and promise.

I have now been married to Beatrice for five years, longer than my first marriage, longer than any previous relationship, and longer than I help onto #2486. I am not sorry I never had children with #2486. And I’m not sorry that I spent so much time planning something that I never really felt comfortable doing. In the end #2486 gave me possibilities, freedom to choose, and the luxury of time.

I recently went online to revisit the same cryobank I had used to see what the business, and maybe #2486, were up to. There is no sign of #2486. He, like me, has moved on. As far as the cryobank? Much has changed in what is now available to people shopping for sperm. Now you can see handwriting samples of your donor. Now you can see childhood photos of your donor. Now you can be told which three celebrities your donor most looks like. I am not even slightly exaggerating. If #2486 is out there, I bet he’s thinking what I’m thinking–that life was so much simpler back when we were doing the dance that we did. I guess we were just old-fashioned.